Since signing for Arsenal in the summer of 2019, William Saliba’s stint in north London has not worked out as he would have liked.

Spending the 2019/20 season back on loan at former club Saint-Etienne, Saliba has found his Arsenal career hampered upon his return by a complete lack of first team opportunities.

The intention of his loan return to his former club would have been to offer the 19-year-old a chance to improve his physicality and skills with a club with which he was both familiar and would facilitate bountiful first team opportunities.

However, that well-laid plan ended up going awry. As noted by Sport Witness, he was limited to just 12 senior appearances in France as a consequence of a hamstring injury which was followed quickly by a foot fracture. Just as Saliba looked to be steadily bouncing back, the Ligue 1 season was curtailed in early spring.

Subsequently, Saliba must have failed to impress the Arsenal coaching setup, with the French centre-back failing to make the Gunners’ Europa League or Premier League squads. After failing to be registered formally in those squads, he has even found game-time restricted outside of senior football. He has been limited to just a handful of Premier League 2 development games and EFL Trophy clashes this season.

Foot-sur7 claimed [via Sport Witness] that Saliba is willing to forego a significant portion of his wages in order to force a loan move in January, when the winter transfer window opens. A return to Saint-Etienne has been deemed most likely by French reports, although it is believed that a wage cut would see him lose ‘as much as €100k a month’, with Saint-Etienne reportedly unable to facilitate a big wage.

A wage cut for the youngster may well be the only way forward for all parties.

Saliba is evidently a disgruntled, unused asset and that is to the detriment of all concerned. A loan switch may be the most viable route for him to get his development back to where it needs to be.

Will Saliba get a loan move? 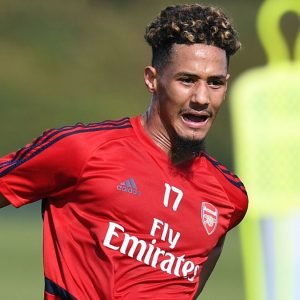 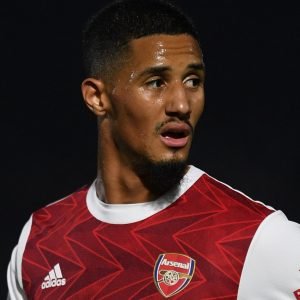