The future of Arsenal prospect William Saliba is the subject of crunch talks between the club and his representatives, as both parties eye up securing a January loan move for the French centre-back, according to the Evening Standard.

After Saliba was essentially axed from Mikel Arteta’s plans, having been cut from the Gunners’ Europa League squad, all parties recognise the deleterious impact this season could have on the 19-year-old’s future if regular game-time is not secured.

The teenager was signed by the Gunners in the summer ahead of the 2019/20 season before being loaned back to his previous club Saint-Etienne for the campaign. Commanding a hefty £27m fee, Saliba was seen at the time as the defensive future of the north London club, although Arteta has insisted that the ‘transition year‘ with Saint-Etienne was necessary for the youngster’s development.

Signed under Arteta’s predecessor Unai Emery, he has failed to feature at all in any competition for the Gunners, who themselves have an abundance of defensive options at their disposal. Along with Saliba, the likes of David Luiz, Sokratis, Gabriel, Shkodran Mustafi and Rob Holding are just some of the centre-back options at Arteta’s disposal.

Having been nullified from one competition and essentially blocked out by Arteta in the Premier League, Saliba has since been training with the under-23s to maintain fitness and match sharpness. Understandably, the teenager is frustrated in north London and may well be questioning his decision to swap French football for the Emirates Stadium.

A swift conclusion to Saliba’s short-term future in January is beneficial for all parties. For the sake of the youngster’s career, his market value and his skillset, he needs regular matches to grow as a player and improve his game.

If he can’t currently fit into Arteta’s plans, then keeping him at Arsenal is a fruitless affair for all parties. The Gunners risk disgruntlement and conflict which can be avoided with securing a January loan move. 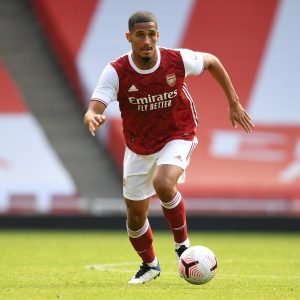 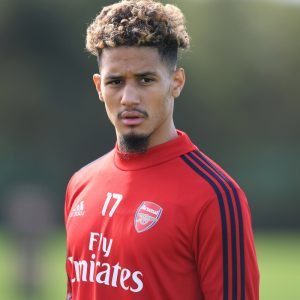