Mikel Arteta is set to place his faith in Arsenal’s youth ahead of tonight’s Europa League clash with Norwegian side Molde.

Four new additions have been called up for the first team squad for the trip to Norway. They include Emile Smith Rowe, who spent some of last season on loan at Huddersfield, and Ben Cottrell, who was recently tipped to start tonight in midfield.

A host of youngsters, also including Folarin Balogun and Miguel Azeez, were pictured by The Sun at Luton Airport recently as they formed part of a core of squad members travelling.

Having beaten Molde 4-1 at the Emirates Stadium earlier this month, Arteta is seemingly confident that he can win in Norway with a youthful XI. Indeed, with maximum points from the group so far, it may well be that Arteta feels it is prudent to induct new options with the rest of the squad at this time.

The Sun also hinted that Icelandic summer signing Runar Alex Runarsson is expected to start in goal, with Bernd Leno set to be rested.

Arteta’s faith in youth in the Europa League could provide a less pressurised environment for the newer faces of the squad to impress. Indeed, Arsenal have been producing a wide host of first team regulars as of late and may well have found their own ‘golden generation’.

Players such as Bukayo Saka, Ainsley Maitland-Niles and Eddie Nketiah are regulars for the Gunners, whilst Reiss Nelson and recently Balogun are among other talents to emerge into the first team from the academy ranks.

The Molde clash may well indicate the blossoming of a few senior careers in a boost to Arsenal’s options.

Should Arteta place more trust in the academy? 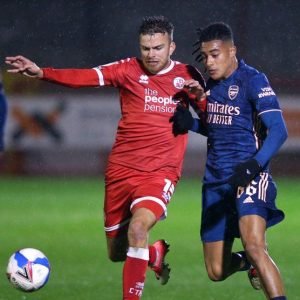 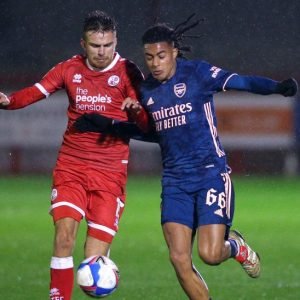