Arsenal youngster Ben Cottrell is in line to start for the Gunners against Norwegian side Molde in the Europa League tonight.

The 19-year-old midfielder, who started his career as a full-back, has reportedly impressed Mikel Arteta in training so much that the manager is keen to award a senior debut to the promising talent.

Cottrell first caught the eye in August when he featured against MK Dons in a pre-season friendly. The Gunners were without several key players at the time, with Cottrell impressing as he stepped up to the mantle.

He replaced Kieran Tierney in the full-back role in the friendly on 62 minutes and was noted to have ‘made a couple of successful defensive actions’, giving a comfortable display in the mix of senior players.

Football.London reported that the 19-year-old has impressed with his ‘composure on the ball and ability to pick a pass’, while it is noted that his ‘maturity is another aspect which has seen him train with the first team on multiple occasions this season’.

Up to this point, Cottrell has scored twice and set up one goal in nine appearances in Premier League 2 for Arsenal’s under-23s, whilst he has also featured prominently in the EFL Trophy. [Transfermarkt]

Could Cottrell form part of a new ‘golden generation’ coming out of the Arsenal academy in recent years?

Academy graduates such as Bukayo Saka and Eddie Nketiah are first-team regulars, whilst Reiss Nelson, Ainsley Maitland-Niles and even Folarin Balogun are among other homegrown faces to emerge for the north London club.

Tonight may well be a career-defining moment for a young talent on track to shake up Arteta’s thinking.

Can Cottrell break into Arteta's plans? 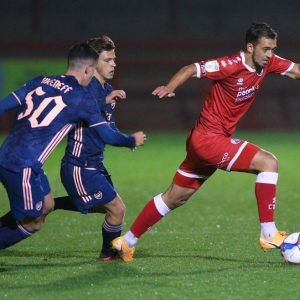 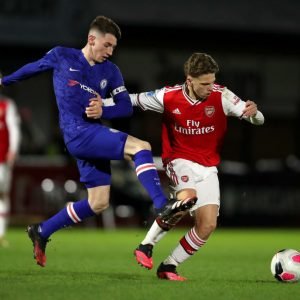