Arsenal have rejected the son of Arsenal legend Dennis Bergkamp after a trial at London Colney, according to a report by Goal.

According to the report, Dennis’ son Mitchel Bergkamp spent a week training with the Gunners’ under-23s squad but was presumably deemed not up to the standard required by the Gunners’ youth setup.

The 22-year-old Dutchman is a free agent and has been since the summer, having recently been released from Dutch second-tier side Almere City, where his father currently serves as assistant manager.

Mitchel holds north London close to his heart. He grew up in the English capital and was on the pitch with his father for his testimonial against former club Ajax all the way back in 2006 – a game which marked the opening of the Emirates Stadium.

Mitchel’s father is undoubtedly an Arsenal legend. He has amassed a formidable record of 110 goals and 89 assists since joining from Italian giants Inter Milan in 1995. The Dutchman was hailed as a ‘messiah’ by fellow Arsenal hero Ian Wright, with whom he played during the club’s years at Highbury.

Despite leaving London 14 years ago, Mitchel still holds his time in England in high regard.

“My father also played for Internazionale and Ajax, two wonderful clubs, but Arsenal feels like home,” he said during an interview with ELF Voetbal [via Goal] last year.

“Whether I choose the Emirates or Highbury? I would have preferred to play at Highbury. There are the memories of everything my father has done for the club.”

Whilst the generational connection between both Bergkamp men would have been a touch of nostalgia and sentimentality for Arsenal fans, it is for the best that Mitchel was rejected.

This would not have been a flippant decision. After examination, it is likely that he was deemed to not be at the desired standard by Arsenal’s youth coaches, and fans should trust the club’s judgement.

Was Arsenal right to reject Mitchel? 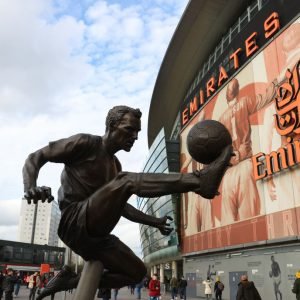 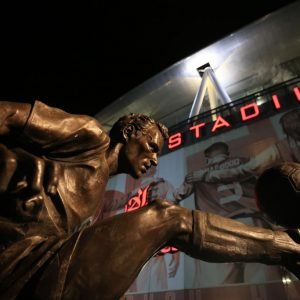