Arsenal have been handed a transfer boost after news from Norwegian outlet VG claimed that the Gunners are among some of the interested parties in Sheffield United’s Sander Berge.

The 22-year-old Norway international was bought from Genk in January after the Blades managed an impressive run of form, signing a four-and-a-half year deal for around £22m. The midfielder is noted for his defensive prowess, physicality and drive, whilst he has already amassed plenty of international experience with Norway.

Crucially, Berge has Champions League experience from his time with Genk, where he made 113 appearances and scored six goals. Indeed, Sheffield United claimed that Saudi owner Prince Abdullah took a “personal interest” in the signing and was “instrumental in the negotiations” – a testament to how highly the young Norwegian was valued by the Blades’ hierarchy.

According to VG, Arsenal were also ‘very interested in couping (sic) the youngster’ before he ended up at Sheffield United in January. The outlet also noted that ‘interest has definitely not been harmed by his achievements in recent months’ – referencing Sheffield United’s recent poor form which has left them in the relegation zone. They have still not won a game this season and sit bottom of the Premier League with a solitary point from nine matches.

Liverpool manager Jurgen Klopp had previously spoken of his admiration of Berge in further indication that Europe’s elite hold him in high regard, with the Premier League-winning coach hailing the Norwegian as a ‘very interesting’ player after the Blades’ visit to Anfield last month.

This comes as a boost for the Gunners as it indicates a maintenance of interest which could serve Arsenal well, especially if the Blades fall into the Championship.

If that were the case, Berge would likely be pushing for top-flight football, where he has evidenced that he belongs through VG’s insights. Arsenal could use a physical anchor man to tag-team with Partey, and the Norwegian’s age and performances suggest that he could be a tremendous long-term investment. 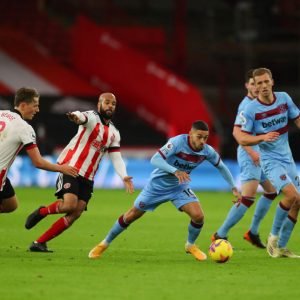 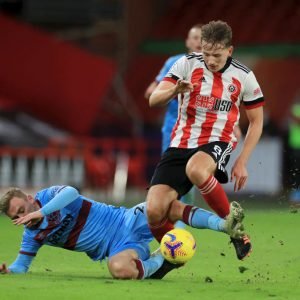