Arsenal are set to re-open contract talks with contract rebel Folarin Balogun over a long-term deal at the north London club, according to The Athletic.

The 19-year-old is out of contract in the summer and was the subject of formal approaches from the likes of Brentford and Sheffield United.

Mikel Arteta is said to be personally keen on Balogun remaining at the Emirates Stadium, indicating that he views him as a part of his present and certainly his future plans. According to The Athletic, it was expected the forward would be sold over the summer amid interest from a number of suitors.

The teenager made his senior debut as a substitute in the 3-0 win at home to Dundalk in the Europa League last month.

Arsenal retaining an in-demand hot prospect could be good news if a deal can be reached. Balogun would increase the range of Arsenal’s offensive options and a new deal would equally preserve the value of the player, preventing him from leaving the club and signing as a free agent in the summer.

However, as pointed out by The Athletic, there are several factors which could make the agreement of a deal rather complicated.

For one, the existing competition for first-team places in both the centre-forward and wide attacking positions is fierce; Balogun would need to usurp the likes of Eddie Nketiah, Alexandre Lacazette, Pierre-Emerick Aubameyang and even Willian, Nicolas Pepe and Reiss Nelson in order to secure regular game-time.

Given the intensity of interest in Balogun, it is very much an uphill battle as it is a race against time to tie him down to fresh terms.

Will Arsenal get Balogun tied down to new terms? 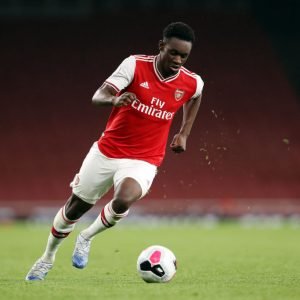 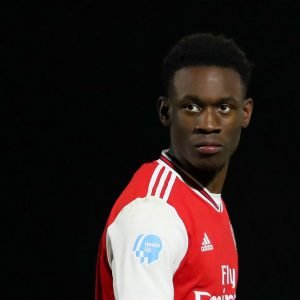