Arsenal have been urged to move Granit Xhaka on as quickly as possible during the January transfer window.

Speaking to Football Insider, former Leeds United striker Noel Whelan told the club to get rid in the new year.

He is just embarrassing. I have no sympathy for him. His conduct towards the fans was a disgrace. It shows he’s a big baby.

If Arsenal can find a buyer or a loan club willing to pay his wages, I would definitely get rid. He must be binned, not just because of what he did, but because he’s been bang average since he signed.

Xhaka is yet to feature for the Gunners since the incident that occurred during the game against Crystal Palace. However, the player could make his return this weekend during their meeting with Southampton.

It’s fair to say that Whelan is not pulling any punches here.

The sounds coming out of Arsenal seem to suggest that Xhaka will at least get the opportunity to try and redeem himself, potentially starting this weekend.

However, this has not stopped the player being heavily linked with a move away from the club.

Both Milan clubs in Italy are reportedly admirers, while Newcastle have also been suggested as a potential destination.

Despite trying to bring him back into the first-team picture, Arsenal could yet decide that moving him on and drawing a line under the entire thing might be the option for the club.

Do you think Granit Xhaka will stay at Arsenal beyond January? 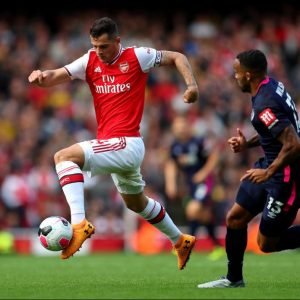 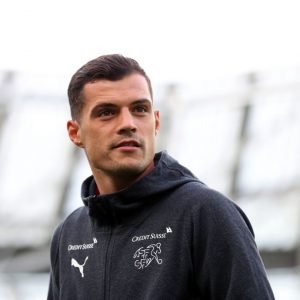