Arsenal are said to be considering selling striker Alexandre Lacazette in order to fund a move for Lyon midfielder Houssem Aouar, according to the Independent.

Despite the Frenchman’s flying start to the season, the report names the striker as one of the players who could departure in order to raise the necessary funds for a deal to bring Aouar to The Emirates.

Mikel Arteta wants to bolster his midfield options and the Lyon captain, who was outstanding in the UEFA Champions League latter stages, is the Gunners boss’ top transfer target.

However, the Ligue 1 club’s £54million valuation of their star man has left Arteta needing to sell to buy given the expenditure already this summer.

Many other names have been linked with departures, however, none would likely attract the interest, or the fee, of the Arsenal number nine.

Lacazette, who has two years left on his contract at the Emirates, was heavily linked with interest from Atletico Madrid, however, the La Liga side have recently secured a deal to sign Luis Suarez from Barcelona so a move for the Frenchman now seems unlikely. 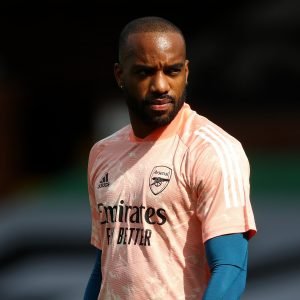 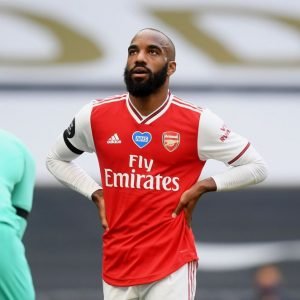