Nicholas said that he has the potential to do well at Arsenal, but he is not convinced that the club are prepared to go and pay their £40m asking price.

He also says that Celtic will cash in on Edouard if he asks to leave, rather than forcing him to stay in Scotland.

In his column for Sky Sports, Nicholas said:

He certainly would not come to England straightaway and score 20 to 25 goals in a season unless Arsenal find a renewed belief and they get the whole team right. It’s got potential, absolutely, but I’m not convinced that they will go and buy him. The reason is that in Scotland, Celtic are gauging him as a £40m player.

This will come down to what Edouard wants. If he wants to leave, then he will leave. Celtic will take the cash rather than have a player who is not committed to the cause because historically that’s what they have done – with Dembele, Virgil van Dijk and Kieran Tierney.

If Celtic want £40m for Edouard then this could be a deal that Arsenal are better off avoiding, for now. While Edouard has been in excellent form for Celtic this season, there is no telling whether or not he would be able to make the step up to Premier League football.

For example, Gary Hooper scored 31 goals in his last season for Celtic in the 2012/13 campaign before joining Premier League side Norwich. He then scored just six top-flight goals in England for the Canaries. Edouard has scored 28 for Celtic this season and there are no guarantees that he is going to be able to replicate for Arsenal.

A fee of £40m is too much of a gamble for a player who may not be able to adapt to Premier League football. With Arsenal on course to miss out on a spot in the Champions League next season, it is a lot of money to take a huge risk on. Arsenal could be better off spending that money on a player who has already proven that he is able to score in one of Europe’s major leagues. 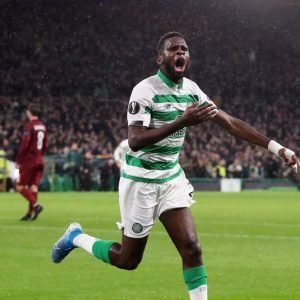 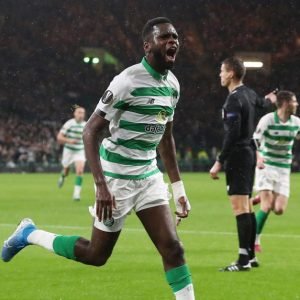