Arsenal and Tottenham have been handed a transfer boost as Willian has revealed he intends on remaining in the Premier League if he leaves Chelsea this summer.

The Brazilian winger is out of contract in the summer, and after having failed to come to an agreement over a new deal at Stamford Bridge, the 31-year-old appears set to leave the club for free.

Both Arsenal and Spurs are said to be interested in signing the Brazil international, as they look to bolster their respective options ahead of the upcoming campaign.

Talking to ESPN Brazil, as transcribed by Star Sport, the former Shakhtar Donetsk and Anzhi Makhachkala forward revealed his intention to remain in the English top flight beyond his Chelsea spell, saying.

My desire is to stay in the Premier League, but I don’t rule out playing in other leagues.

I’m going to play until the end of the season and see what happens.

Arsenal’s interest in Willian is interesting, as it begs the question over where Mikel Arteta intends to play the forward.

Currently on £120,000-a-week, Willian won’t be easy on Arsenal’s wage bill, which could imply that he would sign for the club with the intention of being a regular for Arteta’s squad.

With Nicolas Pepe starring on Arsenal’s right, and Pierre-Emerick Aubameyang starring on the left, Willian would only start if one of the duo leave. While Aubameyang is more likely to depart, neither Pepe or Willian are naturally inclined to play on the left, meaning someone might have to be shoehorned out of position.

With five goals and five assists in the Premier League this season, the Brazilian has shown that he is more than capable of making an impact for Arsenal next season, while his individual stats might suggest that he could uproot Pepe on the right.

Whether he would start or not, Willian would definitely add competition where there isn’t any currently, should Arsenal take advantage of the winger’s desire to remain in the Premier League.

Do you want to see Arsenal sign Willian this summer? 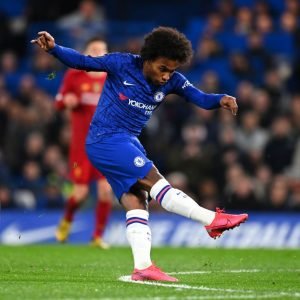 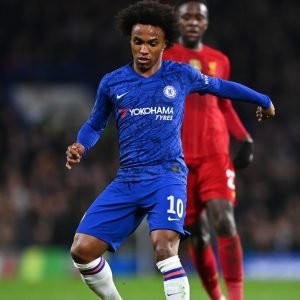