Arsenal have reportedly made a move to sign Marcos Llorente from Real Madrid, but would he improve the club’s options in the middle of the park?

According to claims from Spanish news outlet AS, the midfielder is set to depart the Bernabeu Stadium this summer and is admired by the Gunners and their Premier League rivals Manchester United.

Llorente is said to be keen on a switch to the top flight of English football, and Arsenal could be his next destination. Could he provide them with the creativity in midfield that they lack, or would he fall short of the mark?

Unai Emery does appear to be keen on adding to his midfield. Denis Suarez arrived on loan from Barcelona in January but flattered to deceive when handed opportunities in the first team.

Recruiting midfielders was very much on the Spaniard’s mind during his first summer transfer window at the club. Matteo Guendouzi arrived from Lorient, and Lucas Torreira joined from Sampdoria.

However, with an imbalance often portrayed by those in the middle third of the pitch, it comes as no surprise to see Emery seemingly weighing up strengthening this area once again, with Llorente the latest to be touted as a target.

The 24-year-old has struggled to play regularly at Real Madrid this season. Under all three of Julen Lopetegui, Santiago Solari and Zinedine Zidane, he has failed to earn a run of games in the first team, making only six appearances in La Liga.

Llorente played his best football during a loan spell at Deportivo Alaves in the 2016/17 campaign and has struggled to truly rediscover his impressive form with Los Blancos.

Blessed with excellent vision and the ability to play penetrative passes, the midfielder is well suited to Emery’s style. He presses intelligently and is capable of contributing to free-flowing moves from the defensive third to the attacking third.

However, his failure to develop consistency should come as a concern to Arsenal, who will be looking to spend their money wisely this summer as they work with a tight budget.

It is difficult to see Llorente emerging as a more favourable option than the likes of Granit Xhaka, Guendouzi and Torreira at the Emirates Stadium. He is a superior player to Mohamed Elneny, but whether or not he is quite at the level required to start for the Gunners is questionable.

Llorente has plenty of impressive qualities and still has the potential to become an excellent player. With the help of Emery’s coaching pedigree, he could rejuvenate his career in North London.

But with Real Madrid unlikely to let the Spaniard leave for a bargain price, one could argue that Arsenal would be better off spending money on bolstering their leaky back-line ahead of next season…

Would Llorente be a good signing for Arsenal? 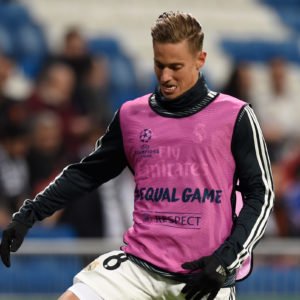 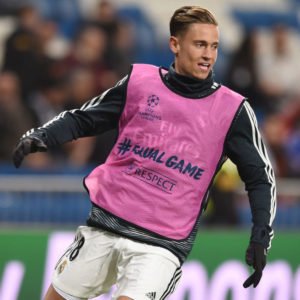