The agent of Lille’s Turkish midfielder Yusuf Yazici has spoken out publicly over reported interest from Arsenal and AC Milan.

Italian publication Gazzetta Dello Sport (via Milan Live) claimed that Milan are eyeing Yazici as a direct midfield replacement for his creative compatriot Hakan Calhanoglu, who is reportedly on the cusp of leaving the San Siro as he is in the final year of his current contract.

Meanwhile, Arsenal were linked with a move for the ex-Trabzonspor man by The Mirror over the weekend. In a further boost to the Gunners, Yazici’s agent Adem Cebini hinted that the Premier League is the dream destination for the Lille midfielder, who made the switch to France in 2019.

“It is necessary to be humble, but Yusuf’s achievement of this performance is the result of planned and patient work,” Cebeci told Turkish outlet Demiroren News Agency via The Mirror.

“It is really an honour for the big clubs to take care of Yusuf. Because Yusuf has goals and is moving towards this goal. (Lille) Sporting director (Luis) Campos likes Yusuf’s game very much. That’s why he worked hard for his transfer.

“When Yusuf reaches his true potential, they want to sell him to very good clubs for a very good price, and that doesn’t seem too far.”

Yazici has earned comparisons to Arsenal’s Mesut Ozil, as both players are of Turkish heritage and operate in near-identical roles. Ozil, like the Lille playmaker, can serve as a creative midfield axis or as a deeper-lying centre-forward.

Ozil himself had praised Yazici back when he played in Turkey in 2018, recognising the similarities between the duo.

“Yusuf Yazici is an amazing No. 10. We have a lot of similarities and I see myself in him. His left foot, his position, his close passing and calmness on the ball”, said the 31-year-old in quotes obtained via The Mirror.

The 23-year-old seems to possess enormous talents and a range of useful attributes for the Gunners.

As Arteta looks to inject further creativity into his squad, Yazici may well be the answer. His agent was open about the player’s aspirations, and that ambitious streak may be instrumental in handing a boost to the likes of the Gunners and Milan.

All that remains to be seen is whether Lille would sanction a sale and whether the price would be right. 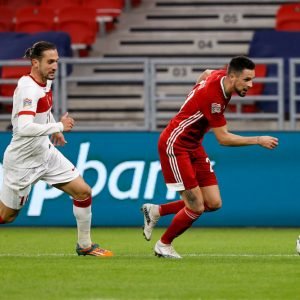 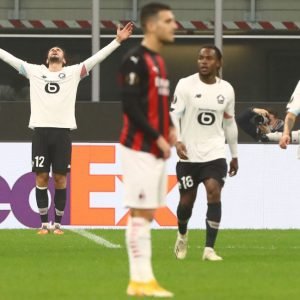