Wolves forward Raul Jimenez has made his future plans clear, declaring he is happy at Wolves despite rumours that both Arsenal and Tottenham are keen on securing his signature this summer.

The Mexican striker has been in fine form for the Midlands side this season, scoring 13 goals in the Premier League, and that has attracted two of the club’s top six rivals, with ESPN citing the duo’s interest.

However, the 28-year forward has moved to ease Wolves’ fans fears, claiming that he is happy with the club, and that he won’t be looking to move on, even if the club fail to qualify for the Champions League.

Taking to Facebook, Jimenez wrote a statement, relayed by Express Sport as having said:

I have a contract until 2023. It’s not that we have to qualify for the Champions League in order to stay.

I’m good [here], happy with Wolves, doing important things – me as well as the whole team.

We’ve been trying our best since the start of last season. We’ve qualified for the Europa League, now we’re fighting for a Champions League spot.

And it’s the big motivation to keep growing as a player and getting into the Champions League is always a plus that satisfies you and keeps you thinking about big things.

With Pierre-Emerick Aubameyang likely to leave the club this summer, and with neither Eddie Nketiah or Alexandre Lacazette having established themselves clearly as the main man to lead the line for Arsenal, Raul Jimenez would have been a solid signing.

However, with Wolves having no financial need to sell and with Raul revealing that he is happy to remain at Molineux, Arsenal’s could face a tough job signing him if they decide to shore up interest.

The Gunners may need to turn their attention elsewhere if they wish to increase their firepower this summer, unless they are prepared to fully test Wolves’ resolve.

Should Arsenal pursue a summer deal for Raul Jimenez? 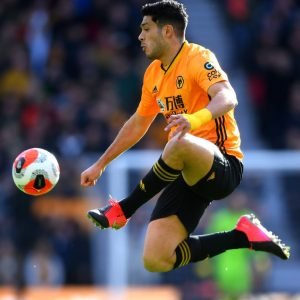 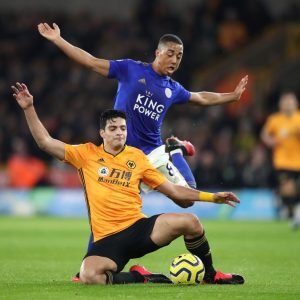