Arsenal have stepped up their interest in Real Madrid playmaker James Rodriguez, according to Marca, as Mikel Arteta eyes a creator to suit his new-look system.

Marca claims that the Gunners will do everything that they can to bring the Colombia international to the Emirates this summer, and the London club should feel confident that they can beat out Wolves in the chase.

Since appointing Arteta as Unai Emery’s successor in December, the former club captain has attempted to enforce a more free-flowing attacking style at the Emirates, and James could suit that system. Given his ability to play on either wing, the Colombian fits the mould of a mobile number 10 that Arteta is looking for in his 4-2-3-1 system.

The Real Madrid outcast made waves for Porto, Monaco and Los Blancos in the past playing in the hole behind the striker, and blessed with excellent technical and passing ability, he could be seen as the ideal replacement for Mesut Ozil.

Having scored just once and assisted twice in the Premier League this season, the German has hardly cut an impressive figure for the London outfit, while James has just one less assist in 11 fewer league appearances than the 31-year-old.

Arsenal will harbour hopes that they can break back into the top four next season, having been left out of the Champions League in the last three seasons, and the 28-year old, who is valued at around £36 million, could add the necessary quality to fire them up the table.

Would you be pleased if Arsenal signed James Rodriguez this summer? 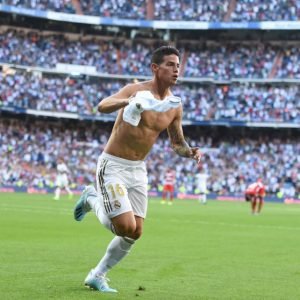 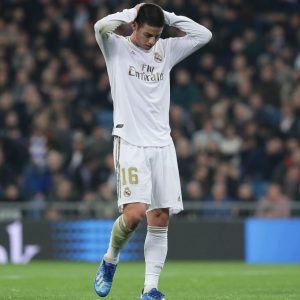