Arsenal’s hopes of landing Chris Smalling from Manchester United have been dealt a blow.

According to reports from Calcio Mercato, as cited on TEAMtalk, Roma have confirmed that talks over a permanent move to the Giallorossi have started.

Smalling has been heavily linked with a move to London after impressing in Serie A. The Gunners, Leicester and Everton have all been touted as potential destinations for the player, with Arsenal scouting him recently.

You know very well that the club are trying to find a solution that makes everyone happy. The will is strong but you have to take the right steps, without getting caught up in the excitement. The footballer reiterates on a daily basis that he is happy at Roma

Smalling has been one of the best defenders in Italy this season, so it comes as no surprise to see him keen to stay in Rome.

The Italians took a chance on him when he was being left out in the cold at Manchester United and now he’s flourishing in Serie A.

Premier League interest was always going to be likely, but it appears that Smalling, who has clearly settled quickly in Italy, is ready to remain loyal to the club that welcomed him with open arms over the summer. 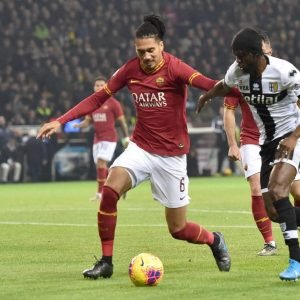 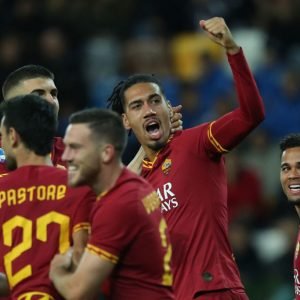