A win for the Hammers, currently placed 16th, would see Manuel Pellegrini’s side move level on points with the club.

The worrying form has some Arsenal fans on social media genuinely fearing relegation ahead of this ‘six-pointer’ at the London Stadium.

Twitter: So as things stand.. It’s either #marcelino #arteta or #vieira for the managers position at #arsenal. This club is… https://t.co/JzK5sVvs6V (@Chickadoodoo85)

Twitter: Genuinely think Arsenal are in a relegation battle. Maybe it’s what we need? Purge the club. Start again.get rid of… https://t.co/r9QhTOgi3a (@SecurityGooner)

Twitter: If I was the @Arsenal players I’d be embarrassed as we’re a club that is suppose to challenge for the top6 and now… https://t.co/TFKoWXBRpS (@AFCGuvnor)

Twitter: In all my years of surporting @Arsenal i think this is the first relegation 6pointer we’ve been involved in #exciting (@JM4RSHY)

Twitter: @Arsenal getting everything crossed for tonight’s game against bloody West Ham. Extremely close to relegation and I… https://t.co/HkFaHMOYxs (@LeighKDawson18)

Twitter: 4 points above relegation places … we are The Arsenal … aren’t we !!!! https://t.co/ur8kcwKfSW (@Jimbocullen69)

Well, nothing should ever surprise you in football anymore. It would be one of the biggest stories and shocks in Premier League history if Arsenal were to even be dragged into a relegation battle, let alone actually go down!

Given how tight the Premier League table is from the top six down, the Gunners don’t need to be worrying too much yet, but if their dire form continues, who knows where they could end up.

Are Arsenal in a relegation battle? 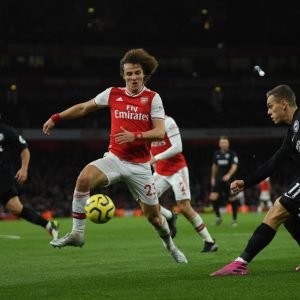 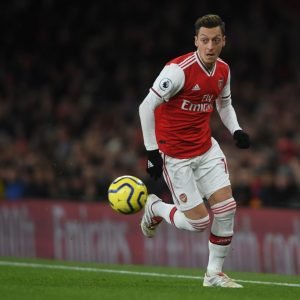