Arsenal are interested in bringing Manchester United defender Chris Smalling to the Emirates, and the news has left many fans shocked.

Recent reports have suggested that the Gunners have been monitoring the 30-year-old during his season-long loan with AS Roma and are now considering a move following his impressive start to the season.

Roma have also been tipped to complete a permanent deal, while Premier League rivals Everton and Leicester have also been named as possible destinations for the Englishman.

The news reached plenty of Arsenal fans over the weekend, with many sharing their shock on social media at the links.

Twitter: @ltarsenal Has Smalling turned into Maldini since he has been in Italy? (@pmh2_patrick)

Twitter: @ltarsenal Signing smalling would be so arsenal of them (@RamsProbs)

Arsenal desperately need to bolster their defensive ranks over the next six months, but a move for Smalling could actually be a backwards step.

Yes, he’s excelled in Italy this season, but in recent years he’s shown that he isn’t consistent enough in the Premier League.

It could be a short term fix at the Emirates due to Smalling’s purple patch, but long-term, we feel as if the Gunners need to move for a more high-profile addition who has the ability to turn things around in North London. 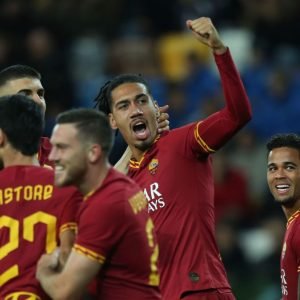 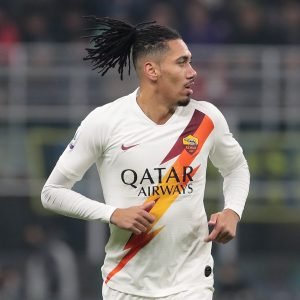