David Luiz didn’t exactly cover himself in glory against Brighton on Thursday night.

His performance at the Emirates has gone down rather well with Chelsea supporters, who appear to be revelling in his failures at Arsenal.

The Brazilian joined the Gunners from Chelsea over the summer and these Blues fans on social media weren’t exactly missing him after seeing his performance during the 2-1 defeat for Arsenal.

Twitter: Selling David Luiz for 8m has to be one of the best bits of business we’ve done in recent times. Mans cost them so… https://t.co/xNm9wrTzCi (@CFCZach)

Twitter: Remember when Arsenal fans were trying to mock us about signing David Luiz?

Twitter: The best thing Chelsea has done is sold David Luiz to arsenal and Socrates wouldn’t even get into my Fifa UT 😡😡 (@Nonnylouis)

Twitter: I don’t think anyone could have predicted how bad David Luiz would have been this season, despite most Chelsea fans… https://t.co/hOKiFOQ6bw (@ArjunChopra_8)

You have to say that Luiz was at fault for the Brighton winner.

While it was a great cross from Mooy and an even better header from Maupay, it was all too easy for Graham Potter’s side.

Luiz failed to get anywhere near the striker in time to block his effort on goal and his passive defensive manner cost Arsenal the game.

The Brazilian has had some bright moments during his short Arsenal career, but he’s not a signing that has consistently impressed since arriving at the club.

Are you happy with David Luiz's place in the team? 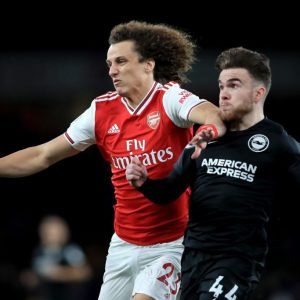 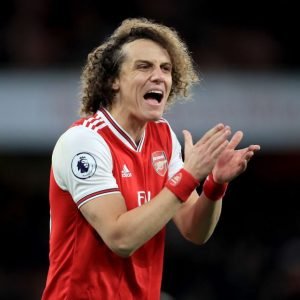