Arsenal outcast Henrikh Mkhitaryan has aimed a dig at manager Unai Emery as he reveals why he struggled in London.

The Armenian is currently on loan in Italy with Roma and has been reflecting on his time at Arsenal.

Speaking to FourFourTwo, as cited on social media, he said:

He paid more attention to tactics, so my role changed. I was starting as a winger, but had to build play with the defensive midfielder. It’s why I couldn’t contribute as many goals or assists. I like to play more freely and move wherever there’s space, but you have to do the job that the manager asks.

After hearing the quotes from Mkhitaryan, let’s see how these Arsenal fans on social media have been reacting to the claims.

Twitter: @GurjitAFC @JosephDundas Emery is far too pragmatic for Arsenal, he plays the type of football that clashes with th… https://t.co/55mfv39xz7 (@Gunner_san87)

Twitter: @GurjitAFC Emery has these man playing with shackles on. No wonder the youngsters are struggling. They want to express themselves. (@rodrigo48559712)

Twitter: @GurjitAFC Emery is the only coach who wants to play defensive wingers and attacking cdms.. 😅 😅 😅 (@EOketokun)

Mkhitaryan is confirming what many would’ve expected to hear after seeing Emery’s tactics this season.

Fans have often been left bemused at some of his team selections throughout the campaign.

Players like Lucas Torreira have been utilised in positions that are more advanced than he appears comfortable with, while he has also failed to bring the best out of both Mesut Ozil and Dani Ceballos.

As one supporter alluded to, Arsenal are playing with shackles on and it may need a more creative manager to unlock their true potential.

Does Mkhitaryan have a long-term future at Arsenal? 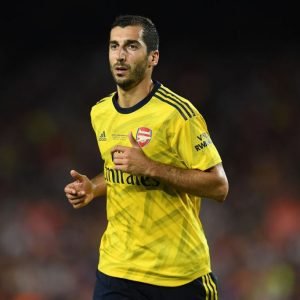 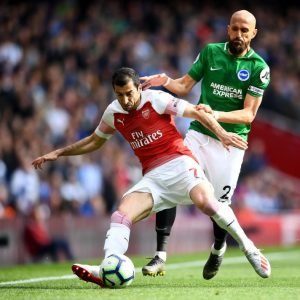