Arsenal fans have been picking their preferred candidate to replace Unai Emery, should the Gunners decide to part ways with their current managers.

Each of the four managers have their respective merits and could all potentially become available over the summer.

These Arsenal fans on Twitter responded in their numbers, giving their verdict on the four suggestions.

Twitter: @ltarsenal I don’t know much about Rose, and very little about Nagelsmann, but I really like Howe, I just saw the B… https://t.co/DMd5WfeTTn (@WalotSilt)

Twitter: @ltarsenal For me Howe or Vieira are great shouts the sorts of managers who could stay and build something over 5-10 years. (@gareth227)

Twitter: @ltarsenal Eddie Howe imo. What he does with Bournemouth on a mediocre budget for a number of years now proves it (@AdummCroy)

Twitter: @ltarsenal Marco Rose or Nagelsmann out of those 4 (@Adeebfraserkay)

Rose, Arteta, Howe and Nagelsmann are all interesting options for Arsenal and you’d imagine supporters would be happy if any of the four of them were to be appointed.

They’re young, exciting and forward-thinking coaches who all have very high reputations.

Rose and Nagelsmann are both impressing in Germany this season and have been tipped to achieve big things in the game.

Closer to home, Howe has done exceptional job at Bournemouth, where he has guided the Cherries to the promised land that is the Premier League.

Bringing in someone like Howe would come with a certain risk for Arsenal. He has never managed at a so-called ‘big club’ and his defensive record at Bournemouth has been suspect to say the least.

He’s something of an unknown quantity. If Arsenal wanted to try and repeat Arsene Wenger’s legacy, Howe may be the man to look towards.

Would Howe be a good replacement for Unai Emery? 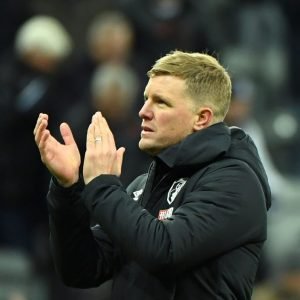 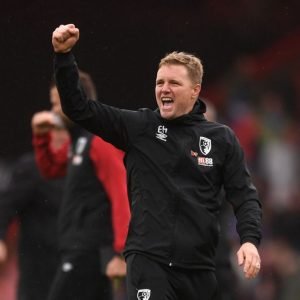