Paul Merson has urged Arsenal to spend £40 million in order to bring Brendan Rodgers to the club.

Speaking on Sky Sports, as reported by Goal, Merson believes if the club can afford to bring in the likes of Nicholas Pepe, they should be aiming to hire Rodgers as well.

If I was Arsenal, I would have been ringing Leicester up and saying, ‘how much do you want?’. If you’re going to pay £72 million for a winger (Pepe) that hasn’t played in the Premier League and has played in the French league, I would pay £40m for him tomorrow morning.

Rodgers is being linked with the Arsenal job as a potential replacement for Unai Emery, who is under pressure as the Gunners fall further away from the top four.

It is unknown at this stage just how much compensation Leicester would be demanding for Rodgers if a club were to come calling.

The Foxes paid £8.8 million to Celtic for his services and it’s fair to say it’ll be a little more than that for anyone hoping to lure him away from the King Power in the near future.

Rodgers was heavily linked with the Arsenal job during his time at Celtic, but the Gunners opted to pursue Emery instead.

The former Liverpool boss is now proving his worth once again in the Premier League and looks destined to take another step up.

If he can continue this fine run of form and guide Leicester into the top four, the Foxes may have a big decision to make on his future.

Do you want to see Rodgers replace Emery? 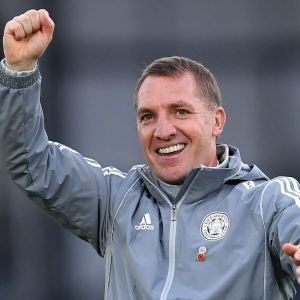 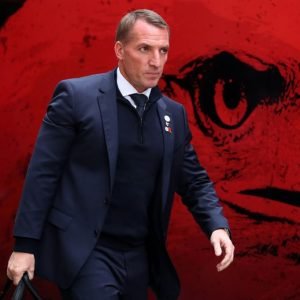