Leeds United aren’t worried about the possibility of Arsenal recalling Eddie Nketiah in January – but should they be?

The 20-year-old was wanted by over 20 clubs in the summer but decided to head to Elland Road on a season-long loan on deadline day.

Since then, Nketiah has scored four times for the Whites, including two crucial Championship strikes against Brentford and Barnsley.

Despite his impressive form in Yorkshire, the forward is yet to start a Championship encounter under Marcelo Bielsa, which has led to plenty of speculation regarding the forward returning to the Emirates in the new year.

However, according to the Mirror, Leeds officials aren’t worried about the prospect of the striker heading back to north London.

Nketiah and the Gunners knew that Bielsa was extremely meticulous in his ways, but they would’ve expected a start in the second tier by now.

Current first-choice striker Patrick Bamford is impressing with his all-round game but is failing to put the ball in the back of the net.

Nketiah continued his free-scoring form on international duty with the England Under-21 side, and if Bielsa doesn’t hand him more minutes over the coming months, the Gunners may well be tempted into bringing the striker back.

There wouldn’t be a shortage of suitors for the highly-rated forward, so Leeds may have to hand him some starts or risk losing him in the new year.

If Arsenal do decide to bring the youngster back and Bamford continues to struggle in front of goal, the decision to not hand Nketiah regular starts in the Championhsip could be costly, and something which may prove decisive in the Whites’ push for promotion.

Should Arsenal bring Nketiah back in January? 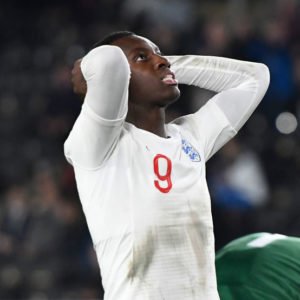 No, let him stay with Leeds 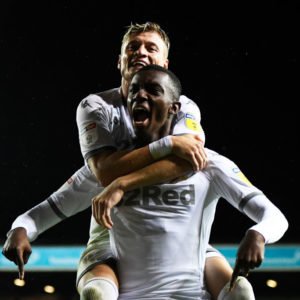