Liverpool are one of the teams looking to to sign German international midfielder Kai Havertz next summer, according to a report from SportBILD, as cited by Sport Witness, but should Arsenal be in for him and would they be able to attract the youngster?

Last month, Arsenal were credited with interest in the Bayer Leverkusen star, but SportBILD have not name-checked the Gunners amongst the clubs who are eyeing up a summer move for the German star.

He’s only young, but it seems clear that Havertz is destined for great things and it is no surprise to see some of Europe’s biggest clubs in for him.

Arsenal should be in the mix for Havertz too but one must doubt if they’ll be able to compete with the likes of Barcelona, Bayern Munich and even Liverpool in any transfer battle.

Those sides are competing for league titles and the Champions League whilst the Gunners are battling just to try and get back into Europe’s main competition.

Of course, should the Gunners finish in the top four, or win the Europa League, then they will be able to offer Champions League football to Havertz. They’d then have to hope that a decent salary, plus the opportunity to live in London, could play a part in persuading the German to move to the Emirates.

If truth be told, that seems unlikely and if Arsenal want to be in the mix for such players, they’ll need to get back competing at a higher level than they are currently at. 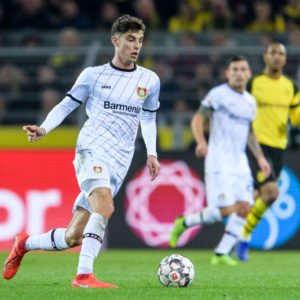 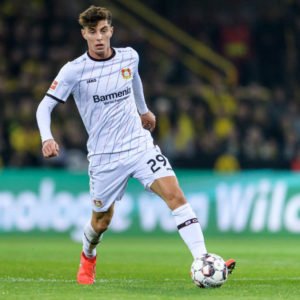