Liverpool boss Jurgen Klopp has made a rather bold prediction about who he thinks could come into the Arsenal XI tonight.

Speaking ahead of the game, as reported by Goal journalist Neil Jones, Klopp admitted that he thinks Nicolas Pepe and Granit Xhaka will both start the game at Anfield.

They will bring in Pepe, which will not make them weaker, and Xhaka. Good team, real pace, wow! But I look forward to these games.

Many are expecting Pepe to get his first start on Saturday night, but what could his and Xhaka’s potential inclusion mean for Arsenal?

Xhaka coming back into the Arsenal side makes sense, with Joe Willock likely to miss out on this occasion.

Willock has been very impressive during the early stages of the new season, but it would be a big ask for him to put in a commanding midfield performance at Anfield.

With Xhaka likely to line up alongside Matteo Guendouzi, Willock and the Frenchman would have been a very inexperienced duo in midfield, who could have easily seen the game pass them by.

By bringing Xhaka back into the starting XI, Emery has some added defensive stability that they will need at Anfield.

Against Newcastle in their first game of the campaign, Xhaka successfully made three tackles during the match, the second highest of any Arsenal player on the pitch.

It’s likely that Arsenal will have less of the ball at Anfield and it’ll be down to the likes of Xhaka to maintain the Gunners’ foothold in the game and provide the protection for Dani Ceballos to roam free in front of him.

He may be a player that divides opinions among supporters, but this would be a smart decision from Emery.

Do you think both players will start against Liverpool? 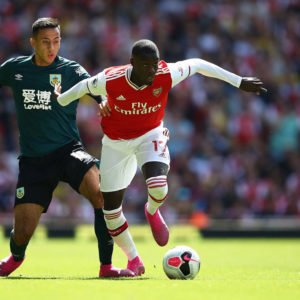 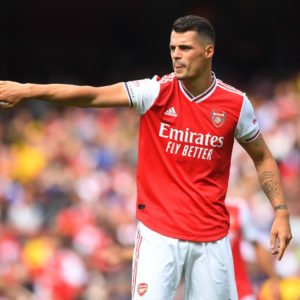