There was plenty of heated reaction rife among some Arsenal fans in the wake of a third successive home defeat at the hands of Wolverhampton Wanderers.

The opening minutes of the game were overshadowed by the sombre aftermath of a sickening clash of heads between Arsenal’s David Luiz and Wolves hitman Raul Jimenez, with the latter receiving an agonising 10 minutes of on-field treatment before being rushed to hospital.

However, it didn’t take long for the visitors to overcome the loss of their Mexican striker after Pedro Neto found the net, slotting in at an angle following a frantic piece of play which saw Leander Dendoncker hit the Gunners’ crossbar.

Gabriel got one back for the hosts after latching onto a sumptuous ball from fellow Brazilian summer signing Willian to fire home, but it was nullified after a superb display of individual skill from Daniel Podence saw him net what was ultimately the winning goal as he fired to the net moments later on the half-volley.

In what is most disconcerting for Arsenal fans, they are now languishing in 14th place, above Crystal Palace only on goal difference. The match marked a calendar year since Mikel Arteta’s predecessor Unai Emery was sacked by the Gunners, with Arteta indicating he is feeling relaxed despite questions arising over his future.

However, some Arsenal fans had rather pressing of concerns about the future of their club after the abysmal run of five defeats in just 10 league games. Many took to Twitter to demand more from the ailing Gunners, with one even going as far as to brand Arteta a “failure” given their lowly position nearly a year into his reign:

Twitter: @Arsenal It’s time we bring in Pochetino before we are in danger

Twitter: RT @OsmanZtheGooner: Different players starting every week and same old performances. Whether with Arteta or emery or another manager we ai… (@KKwansah)

Twitter: @arsenaloFka Looks like arteta has lost the dressing room? And his comments on his future is quite worrying. The whole team seems so lost. (@AmirulAiman95)

Should Arteta be sacked? 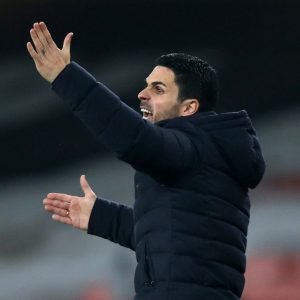 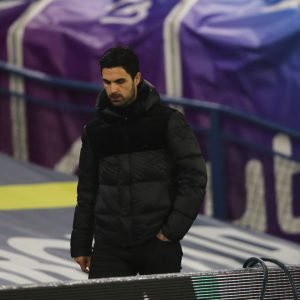