Arsenal starlet Bukayo Saka has shrugged off fears of burnout, having featured in all three of England’s fixtures prominently during the international break.

The 19-year-old appeared unconcerned about the density of the fixtures in which he has played amid fears that the intensity could malignly impact his fitness and consequently his ability to impress for the Gunners.

Having only broken into the England under-21s setup in September, Saka has already amassed four senior caps before his 20th birthday, including two in competitive fixtures, meaning that Saka is now ineligible to switch his international allegiance to Nigeria.

The 19-year-old was labelled as a ‘surprise hit’ by the Daily Mail, having impressed England manager Gareth Southgate. Having originally been viewed as an attacking option on the left flank, he has featured mostly as an attacking left wing-back in a defensive quintet for the Three Lions.

As per the Daily Mail, Saka has started all but one of Arsenal’s opening eight Premier League games and racked up 232 minutes across England’s three November fixtures.

This congestion of game-time is the primary reason that concerns surfaced over the intensity of play for the young hot prospect, but Saka was unconcerned when quizzed about his workload, insisting he is happy to be living out his England dreams. He replied:

It’s a lot of minutes but as a kid this is what you dream of, so I can’t now turn around and say I don’t want to play it because I am living my dream, playing for England.

I played all three games – who’d have thought I would do that? So I’m not going to complain.

Saka’s stoic resolve and raw desire to push on is a credit to his mentality and the coaching setup at Arsenal.

However, fixture density and weight of expectation at such a young age is a challenge in itself. He will need to be nurtured well by club and country if he is to keep thriving. 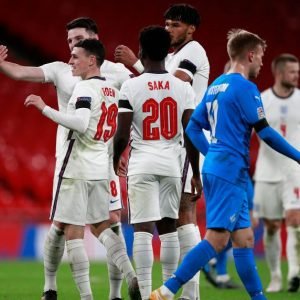 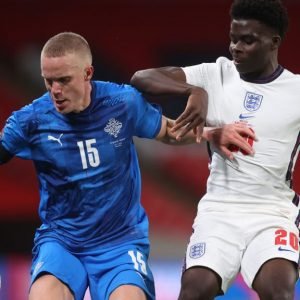