Arsenal have been dealt a three-pronged attack on their ambitions after summer signing Thomas Partey became the latest player to be ruled out of Sunday’s clash at Leeds United.

The Gunners had previously been dealt a significant setback to their plans after it was confirmed that he needed to undergo a scan in the 3-0 defeat against Aston Villa prior to the international break.

Partey has since been previously as having suffered a thigh injury, ruling him out for the trip to Elland Road. In a note of consolation for Arsenal fans, the Ghanaian has undergone a rehabilitation session at the club’s training ground, but the £45m summer signing will not be fit in time to face the Whites.

Partey will continue to work closely with the Gunners’ medical team in a bid to get him back to full fitness as soon as possible. The 27-year-old also missed an international clash between Ghana and Sudan as a result of his injury.

In a further blow, it also emerged that Mohamed Elneny and Sead Kolasinac are quarantining – meaning both of the holding midfield duo which excelled against Manchester United in the Gunners’ 1-0 triumph three weeks ago will be ruled out of action for the time being.

The importance of Partey and Elneny in Arteta’s plans lately cannot be understated.

The duo were previously likened to ex-Gunners duo Santi Cazorla and Francis Coquelin for their combinations and their ability to boss the midfield against the Red Devils – high praise, for sure.

Losing two anchoring midfielders is certainly capable of leading a void in Arteta’s strategy. Expect the likes of Granit Xhaka and Dani Ceballos to step up in their absence.

Will Xhaka feature against Leeds? 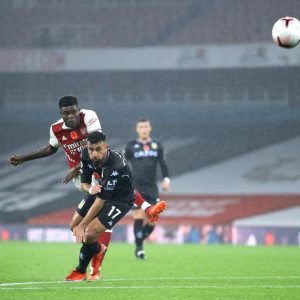 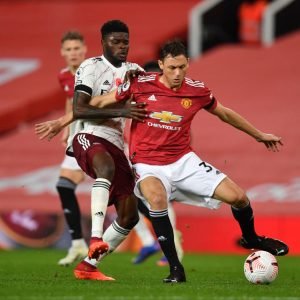