Long-time Arsenal target Odsonne Edouard has been tipped for a big-money move away from Scottish giants Celtic by former Gunners striker Kevin Campbell as he spoke to Football Insider.

Edouard, a youth academy product of French giants Paris Saint-Germain, was in stellar form for the Bhoys in the 2019/20 season – the young French striker ended the campaign with 27 goals and 19 assists to his name.

That remarkable form saw him win the Scottish Player of the Year award and attracted transfer links from clubs such as Crystal Palace, Aston Villa and Arsenal.

In the current campaign, his form for Celtic appears to be holding steady, with four goals and two assists in eight appearances. The 22-year-old is also an accomplished French youth international, having scored 11 goals in just six appearances for his country at under-21 level.

Celtic are desperate to keep hold of their star striker and it has since been revealed by Football Insider that the Hoops are in talks with Edouard’s representatives to keep the player at Parkhead, with his current deal only lasting until 2022.

However, any new deal will likely see a release clause inserted amid Premier League interest from a host of clubs – athough Campbell believes this will not deter the Gunners from eyeing up Edouard to add some firepower to their ranks.

Despite having recently suffered from injury, Campbell denied that any release clause or recent form would put off suitors, saying:

No, I do not think so. Clubs know what Odsonne Edouard can do.

He is just going through a difficult time at the moment. He has been injured and Celtic have not being playing well either.

All of the forces seem like they are against him at the moment but he has proven last season what is capable of.

I know his form will pick up and he will get back to best which is leading the line and scoring goals.

There was talk of a move to Arsenal, that move may still happen because Edouard is a really talented player.

Edouard is evidently prolific and could add a lot to Arsenal’s attack. If a release clause is indeed inserted into a new contract, then any fee commanded by Celtic will likely be largely on their terms.

However, it may be a price worth paying for one of the most prodigious talents currently playing in Britain. 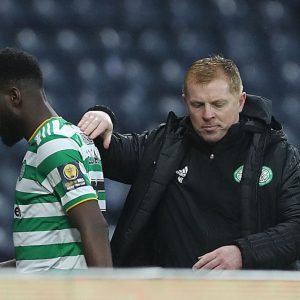 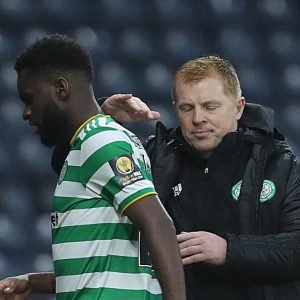