Arsenal could be handed a transfer boost which may well raise eyebrows among the Gunners faithful as Italian sources have indicated that former Tottenham playmaker Christian Eriksen could make a switch to the Emirates Stadium in a sensational swap deal.

According to the print edition of Correire dello Sport via Calcionews24, the Denmark international is interested in a return to London, where he feels most at home in the midst of struggles in Italy after making the switch to Serie A giants Inter Milan earlier this year.

The reports from Italy indicate that the key to any deal for the Gunners lies in Granit Xhaka, who could serve as a makeweight in the potential swap move.

Eriksen has previously been linked with a move away from his illustrious surroundings in Milan, with former Chelsea manager and Inter boss Antonio Conte reportedly unimpressed with the disappointing lack of impact that the Dane has had at the San Siro.

The 28-year-old has managed just a goal and two assists in 17 Serie A matches since moving from Arsenal’s arch-rivals Spurs to northern Italy and is valued by Transfermarkt at £45m – an indication of his vast playmaking abilities.

Indeed, he was valued at more than £80m when he joined Inter 10 months ago but the Nerazzurri paid less than £25m for him as he was entering the final few months of his Spurs contract.

Eriksen had managed 51 goals and 66 assists for Arsenal’s local rivals in a six-year spell in London after joining them in 2013 from Dutch giants Ajax.

The prospect of Eriksen joining the Gunners may be a bizarre and discomforting sight – but a deal could make sense.

His Spurs record indicates his phenomenal abilities despite recent struggles and he could link up well with Arsenal players such as Thomas Partey, who also possesses deep-lying playmaking abilities. 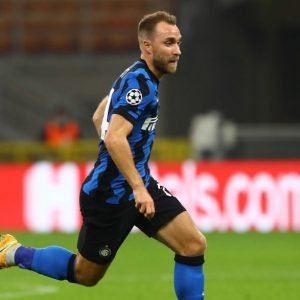 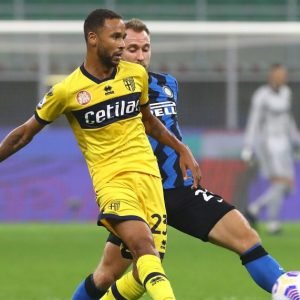