Arsenal defender Shkodran Mustafi, who is out of contract in the summer, could be in line for a surprise move to Catalan giants Barcelona – if moves for primary targets fail.

Reports by RMC Sport have indicated that Barcelona are in the market for a central defender over the winter January window, with a preference for a loan swoop.

The Blaugrana failed in their pursuit of Manchester City centre-back and ex-La Masia player Eric Garcia, but remain keen on strengthening their defensive options along with signing a forward.

As a consequence, the La Liga stalwarts have turned their attention to the Premier League – Liverpool’s Joel Matip, Chelsea’s Antonio Rudiger and Arsenal’s Shkodran Mustafi are the three principal targets, with the latter forming more of a backup choice.

RMC claimed that Rudiger is tempted by the challenge presented by Barcelona, although Matip is likely to be retained by Liverpool. This puts Mustafi in the picture; it would be unlikely that the German would be loaned in by Barcelona, but it is more probable that a cut-price fee could be negotiated with the Gunners.

Mustafi has impressed more under Arteta’s system than his predecessors, evidenced by how the manager praised the 28-year-old for his improvements over the summer, saying:

“We try to help every player to improve, first of all by making them feel that we trust them.

“Everyone can make mistakes, of course, but if they are willing to keep trying then they will get rewarded.

“Musti’s attitude, the way he is training, attention levels, the questions he is asking and how much he wants to help everybody has been really good since I joined.”

Mustafi joined the Gunners for £36.9m from Valencia in 2016 and he has since made almost 150 appearances for the north London club.

It is not difficult to see why Mustafi could emerge as a Barcelona target, even as just a depth-boosting option.

Given that the defender is set to be a summer free agent, he could form more of a long-term prospect for Barcelona. He is also familiar with La Liga, having played for Valencia between 2014 and 2016.

In a silver lining for the Gunners, Barcelona’s interest could form the perfect opportunity to command a transfer fee for a peripheral defender who could otherwise sign as a free agent on a pre-contract arrangement in January. 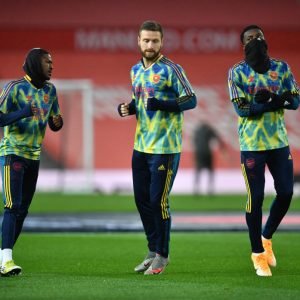 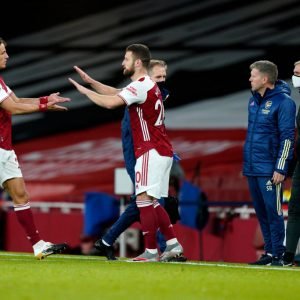