Levante goalkeeper Aitor Fernandez has revealed he snubbed Arsenal and Athletic Bilbao in order to remain the first-choice at his current club.

Arsenal had been in the market for a backup goalkeeper to compete with Bernd Leno after the Gunners sold Emiliano Martinez to Aston Villa in the autumn for a reported figure of £20m. They eventually chose to sign Icelandic international Runar Alex Rúnarsson from French side Dijon, but Fernandez was considered as an alternative.

Speaking to AS [via Sport Witness], Fernandez confirmed Arsenal’s contact amid a host of clubs exhibiting an interest in him, saying: “Yes, it’s true that there have been contacts. Quite a few clubs have asked, and those are two of them. But here I have been very happy, and I hope to continue being so.”

The 29-year-old is valued at £9m by Transfermarkt and has been capped eight times as a Spanish youth international. He has made seven appearances so far in 2020/21 and has conceded 11 goals in that time, yet to register a clean sheet this season [Transfermarkt].

It is refreshing to see that Arsenal were exploring a number of backup goalkeeping options ahead of and during the summer transfer window.

That is a credit to the Gunners’ scouting team; the breadth of options being examined meant that Arsenal were well-prepared for the loss of Martinez to raise funds as well as their efforts to secure a replacement quickly and cheaply.

That infrastructural effectiveness at the club will likely serve Arteta well for future seasons as the recruitment team continues to hunt down the next wave of Arsenal talents.

Should Arsenal have signed Fernandez over Rúnarsson? 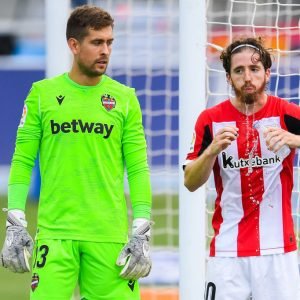 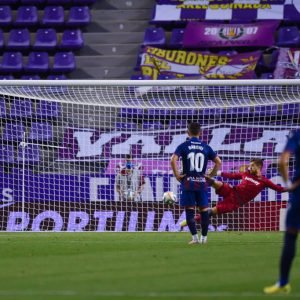