Arsenal are closing in on a deal to sign Dijon goalkeeper Runar Alex Runarsson after the sale of Emiliano Martinez left the Gunners in need of a replacement goalkeeper.

According to Sky Sports, Arsenal want to get the transfer finished as soon as possible so they have a backup keeper on the bench for their upcoming Premier League fixture against West Ham on Saturday.

The need for another goalkeeper arose after Arsenal completed the sale of Martinez to Aston Villa.

The Argentine made nine appearances during the Premier League’s restart last season after Bernd Leno was absent through injury. Villa confirmed the £16 million transfer earlier today.

Arsenal are now hoping to bring in the Icelandic 25-year-old, who made 11 appearances for Ligue 1 side Dijon last season. Runarsson would likely come in as a second-choice goalkeeper behind German shot-stopper Leno.

The North London club do have another choice in reserve keeper Matt Macey, who was on the bench against Fulham for Arsenal’s opening league game of the 2020/21 season, however, it is reported that the 26-year-old is considering his future at the club.

Sky Sports also report that Brentford goalkeeper David Raya was amongst the list of potential replacements, but the Championship club are reluctant to sell him. 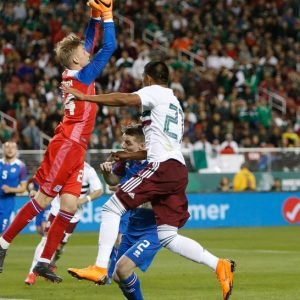 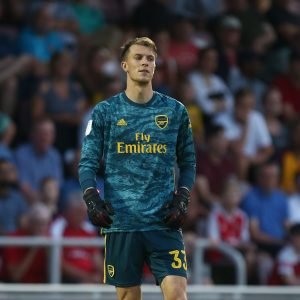