Manchester United have made an approach for Arsenal striker Pierre-Emerick Aubameyang, according to a report from Spanish outlet Sport.

The report claims that the Gabonese striker has told Arsenal that he wants a transfer in the summer and that United are one of the sides who have made an approach to sign him.

Inter Milan, Real Madrid and Paris Saint-Germain have also made contact about a possible move, according to Sport.

The 30-year-old is about to enter the final year of his contract at Arsenal and with there being no signs that he intends to extend his stay at this time, then the Gunners have a decision to make about the player who has scored 61 goals in 97 games for the club.

This situation is not an easy one for Arsenal, but it’s one they’ve faced numerous times down the years.

The Gunners have once again let a top player get towards the final year of his contract and now they are in a precarious situation.

If the striker shows no indication of signing a new deal, then Arsenal will either need to sell their best player this summer, or lose him for free in in 2021.

One thing is for certain, if they are to sell Aubameyang, Arsenal must look to sell him to a foreign club.

Selling a top player to a direct rival like Man United would not only weaken the Gunners, it would all strengthen a side who they are competing against for a top four finish and for domestic trophies, and that would be the worst possible outcome from this situation.

Should Arsenal make Aubameyang the clubs highest paid player ever? 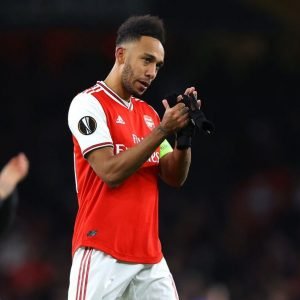 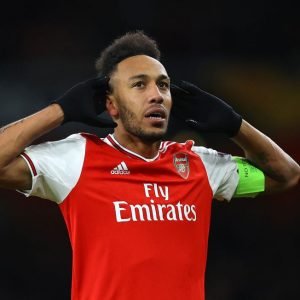