A number of fans have reacted to a statistic about how Mikel Arteta’s Arsenal are playing compared to how they were under Unai Emery.

One Arsenal fan on Twitter has claimed that Arteta’s Arsenal have been averaging 109.27km per 90 minutes since he took over at the Emirates. This compares to the 107km per 90 minutes Arsenal’s players were covering whilst being managed by Emery earlier in the season.

Emery was sacked by Arsenal in November, but Arteta was not appointed until 20th December 2019 after Freddie Ljungberg took charge of the team for a few games in the Premier League.

Since sitting down in the dugout at the Emirates, Arteta has been in charge of 16 matches in all competitions. Arsenal have won eight, drawn six and lost jut two of these games.

These fans reacted to the statistic, with some unimpressed with the relevance of it given the end of Emery’s reign.

Twitter: @HandofArteta Not impressive at all when you consider the players stopped running under Emery to.force him out. It’s not impressive. (@Jackleo4Stein)

Twitter: @HandofArteta Emery covered all that distance in his technical area?!

Twitter: @HandofArteta 2km more as a team or roughly 200m per player more. Is that significant? (@ManojMistryUK)

Is it a useful stat? 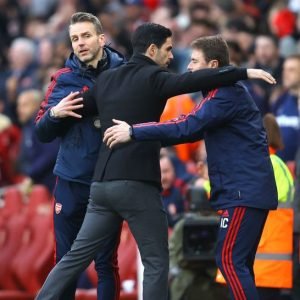 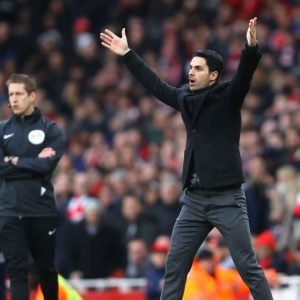