A number of Arsenal fans have reacted to the club being linked with a move for Celtic forward Odsonne Edouard.

Arsenal are reportedly interested in signing the Celtic striker this summer to potentially replace Pierre-Emerick Aubameyang.

Former Celtic and Arsenal man Charlie Nicholas has already commented on the speculation, claiming that Edouard would not be a good replacement for Aubameyang ahead of next season.

There’s been a lot of talk of Aubameyang being sold, but Edouard would not be the answer. He plays differently, more like Lacazette. Aubameyang is about pace and movement. Although he likes to play the No 9 role, he does not play it as what Edouard could. Similarly, Edouard could not play in the position that Aubameyang does, out wide on the left.

Edouard has been in sensational goalscoring form for Celtic up in Scotland this season. He has scored 22 goals in 25 league starts, along with three goals in six starts in the Europa League.

Arsenal are now looking to bring him over to England to see how he could adapt to the English game. The prolific forward may not be a direct replacement for Aubameyang, as Nicholas says, but could add to the squad in general.

These Arsenal fans reacted to his comments and the links to Edouard.

Twitter: @SkySportsPL So much better than Aubamebottleyang. Least this guy doesn’t bottle it when his club needs him most. (@Genevagalaxy)

Twitter: @EduardoHagn @Arsenal Martinelli can do the job better. (@K__rossi)

Twitter: @EduardoHagn @Arsenal I’m sorry but this guy ain’t all that. (@MakhanyaBG_) 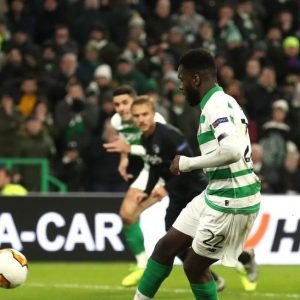 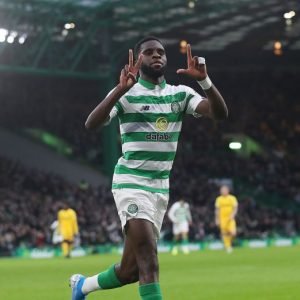