Arsenal are reportedly eyeing up a deal to sign Bayern Munich centre-back Jerome Boateng this summer.

According to Foot Mercato, Chelsea and Arsenal are both interested in signing Boateng ahead of the 2020/21 campaign.

The report claims that Bayern Munich are ready to sell Boateng after the relationship between the club and the player broke down earlier this year.

If Arsenal sign Boateng from Bayern it could be as a replacement for David Luiz, who has struggled to perform this season. Luiz, who joined from Chelsea last summer, has recorded a WhoScored rating of just 6.67 across all competitions.

Boateng, meanwhile, has scored 6.70 this season and 6.87 last season for Bayern, all while struggling with a number of injury problems. If Arsenal can get him fully fit, those numbers could go up as he settles into games and becomes sharper – allowing him to be quicker into tackles and interceptions.

He also has vast amounts of experience at the top level which could help Arsenal’s younger players. Boateng has won an incredible seven Bundesliga titles with Bayern and he won the World Cup with Germany in 2014. The defender could pass on his knowledge to Arsenal’s younger stars and help them progress.

Would Boateng be a good replacement for Mustafi? 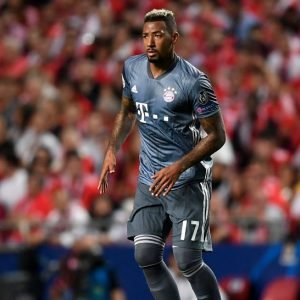 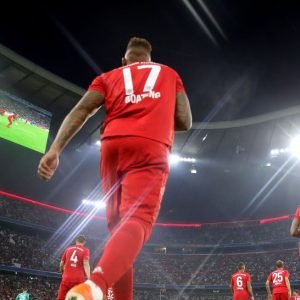