A number of Arsenal fans have reacted to a report claiming the club are interested in signing Real Madrid defender Achraf Hakimi this summer.

According to The Athletic, Arsenal want to bring the Morrocan international to the Premier League following the end of his loan spell with Borussia Dortmund.

The report claims that Arsenal have been impressed with how he has been able to excel in multiple positions for Dortmund and they are just one of a number of teams interested in him.

Tottenham, PSG, Juventus, Bayern and Chelsea are all said to be keen, while Dortmund also want to keep him at the club beyond the end of his loan.

The 21-year-old has been deployed in a multitude of positions for Dortmund, including right-back, left-back, wing-back, right-midfield and left-forward. Across all of these positions, he has averaged an excellent WhoScored rating of 7.36.

These Arsenal fans reacted to the report.

Twitter: @ltarsenal @TheAthleticUK Hakimi is a brilliant young player. Get him! Would be a long term right back for us for many many years (@Salt19Pepe)

Twitter: @ltarsenal @TheAthleticUK Would be brilliant if that happened! (@invincibles_0L)

Twitter: @ltarsenal @TheAthleticUK Wow that’s huge …if we can get him.

But he is probably going back to Madrid. (@ArsenalAnoop)

Would Hakimi be a good signing? 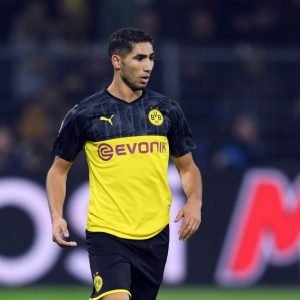 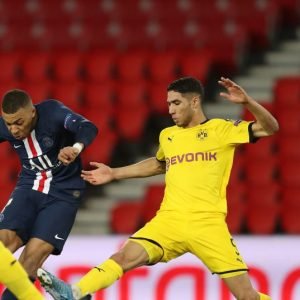