Arsenal have joined the race to sign Lille forward Victor Osimhen this summer, according to Le Quotidien du Foot, with Tottenham and Manchester United also said to be interested.

The Nigeria international has been in fine form for the Ligue 1 side this season, having scored 18 goals in 38 games across all competitions for Les Dogues, and that has subsequently seen him attract interest.

The 21-year old has caught the eye of many clubs across Europe, with Tottenham, Arsenal and United set to battle to sign the £89m-rated forward.

Arsenal could be forced to consider a major-money move for a forward this summer if Pierre-Emerick Aubameyang leaves the club, and Osimhen could be an option worth exploring.

Osimhen has a lot of things going for him right now, namely the combination of his domestic form and his young age.

The Nigerian doesn’t turn 22 until December, and at such a young age he has plenty of time to continue growing and improving, while he has shown he is capable of doing that against tough opposition.

Osimhen has managed an average of 3.2 shots per game for Lille this season, which stacks up well when compared to Arsenal’s best in that area (Aubameyang with 2.5), and it could be interesting to see if the young starlet could keep up that same level in the Premier League.

With the report listing Osimhen’s valuation at £89million though, it does seem as though it would take something special to lure the forward away from France this summer.

The Gunners have the resources to do so, but with the club having other priorities (namely in defence and defensive midfield) it remains to be seen whether they could afford to make such a move.

Would Victor Osimhen be a good signing for Everton? 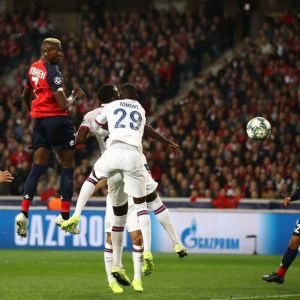 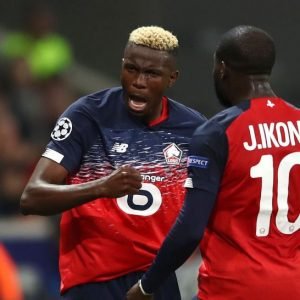