Arsenal are considering a summer move for Real Madrid striker Luka Jovic, according to Star Sport, with Mikel Arteta said to be a fan.

The Serbia international has failed to impress for Los Blancos after joining from Eintracht Frankfurt for £60million in the summer, having excelled with the Bundesliga club last season.

Jovic scored 27 goals in 48 appearances for Frankfurt last season, but has managed just two in 15 this season for Zinedine Zidane’s men, leading the Frenchman to consider shifting the forward.

Should Madrid make the 22-year old available this summer, Star Sport claim that the Gunners will look to take advantage, with the long-term future of Pierre-Emerick Aubameyang up in the air.

Tottenham and Chelsea are also said to be interested, although Arsenal’s lack of clarity over who is their best offensive option going forward could see them emerge as the better prospect.

With Aubameyang potentially on the move, and with neither Eddie Nketiah or Alexandre Lacazette having established themselves as the clear-cut first choice for Arsenal, Jovic could be an option worth exploring.

Jovic’s successful season last year was unexpected, and so perhaps the player has now found that he cannot handle the level of expectation demanded from Real Madrid players, which could see him succeed at a slightly lower level in north London.

Conversely, it could be argued that after just four starts in La Liga, the striker hasn’t had the time to prove himself for Madrid.

Either way, Arsenal need forward reinforcements as they look to break back into the Champions League next season, and Jovic would give them another option up front.

On a loan deal, Jovic could be smart business, although Arsenal could perhaps consider other targets if Madrid decide to let the forward go exclusively on a permanent deal.

Would Luka Jovic be a good signing for Arsenal? 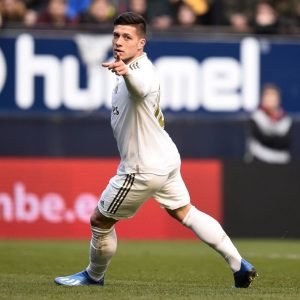 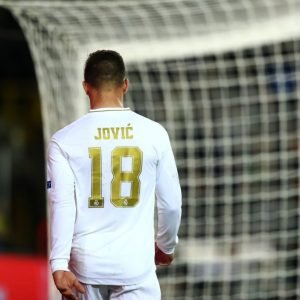