Arsenal are interested in signing Valencia midfielder Carlos Soler, according to Sky Sports News, which could throw Ainsley Maitland-Niles’ future up in the air.

Sky Sports report that Mikel Arteta is said to be a fan of the 23-year-old Spaniard, and is looking to make signings from his native nation during the summer transfer window.

Marca (via SSN) reported earlier in the season that Valencia need to raise around £36 million in player sales before June 30 in order to balance their books, and that could see them consider selling Soler – despite the midfielder being a regular under Albert Celades.

However, should the Gunners complete the signing of the Spanish attacker, Maitland-Niles could see his position in Arsenal’s squad come under threat.

The 22-year old has exclusively played as a right-back this season following injury issues suffered by Hector Bellerin and loan signing Cedric Soares, but he hasn’t been included in the club’s last four Premier League match-day squads.

Maitland-Niles’ natural position is playing as a central midfielder, while he has also been utilised as a right-sided midfielder, both positions that Soler has played for Valencia this season.

The Spaniard is extremely versatile, having played on both the left and the right this season, as a well as in an advanced and a central midfield position, meaning he covers ground that Maitland-Niles can also cover.

With Maitland-Niles having fallen out of favour, and with Arteta eyeing someone who plays in his preferred position, his days at the Emirates could be numbered.

Should Ainsley Maitland-Niles get more game time for Arsenal? 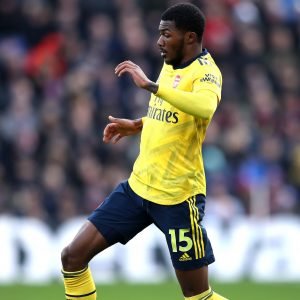 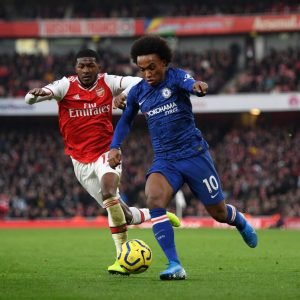