Arsenal are interested in Schalke defender Malick Thiaw but face competition for his signature from Premier League rivals Liverpool, according to a report on the Daily Mail.

The centre-back has put in some impressive displays so far this season, finding the back of the net eight times in the Under-18 Bundesliga West (Transfermarkt).

The 18-year-old has only played one minute for Schalke’s first-team in the Bundesliga this season but is already catching the attention of many European clubs, as stated in the report.

As reported in the Daily Mail, Thiaw has a £7m release clause in his contract and we feel the defender could solve Arsenal’s defensive problems in the long-term.

The Gunners have been very leaky in the top-flight, letting in 36 goals in 28 matches, 15 more than league-leaders Liverpool.

Therefore, the 6ft 3in defender could add some much needed physical presence at the back for Mikel Arteta’s side.

However, Liverpool’s interest could be a big problem.

The Reds may seem like a more attractive destination to the teenager because of their incredible league form this season.

Their track record of providing teenagers with a first-team chance may also appeal to the 18-year-old, with players like Trent-Alexander Arnold and Joe Gomez now cementing themselves as regular starters under Jurgen Klopp.

They’re also the current champions of the world, whilst Arsenal are out of the Europa League may not have any European football next season as they currently sit in ninth place in the table. 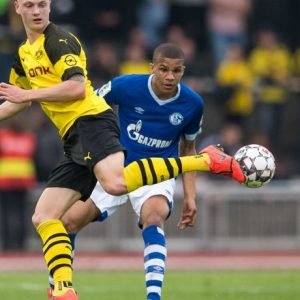 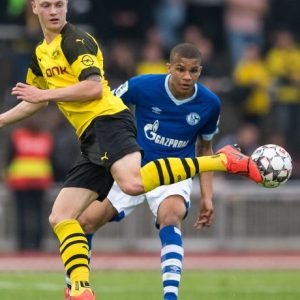