Arsenal are interested in Newcastle attacker Miguel Almiron, according to journalist Luis Enrique Perez and Mikel Arteta could prove to be the man to get the best out of the South American.

Having joined Newcastle from Atlanta United in January 2019, fan expectations were high for the 26-year old to succeed at St James’ Park, although in recent times he has underwhelmed somewhat for the Magpies.

Now South American journalist Luis Enrique Perez, taking to Twitter to share his information, claims that Arsenal are keen on snapping up the £18 million-rated man ahead of the summer transfer window.

Almiron has been a less than impressive player for Newcastle this season, having scored just twice and assisting once in 28 Premier League games, although there is clearly talent within the player.

In his final full season in the MLS, Almiron scored 12 times and assisted a further 13 times in 32 games for Atlanta, excelling for the Georgia-based outfit as they won their first MLS Cup. Atlanta were known for their high pressing attacking style in the MLS during Almiron’s time at the club, and he flourished in that environment, but he has since become somewhat stifled with Newcastle.

This season he has been shifted into as many as six different positions for the Magpies, while he has primarily operated as a right-winger, however his best work for Atlanta came as an attacking midfielder playing through the centre.

While still a work in progress, Arteta has tried to shift Arsenal’s tactical approach since being named manager in December, replacing the more methodical build-up that was implemented under Unai Emery.

With the attacking reigns likely to come off for Arsenal as they continue to strengthen their attacking options, the Emirates could potentially prove to be a place that could allow Almiron to flourish once again, while Arteta could prove to be a better manager than Steve Bruce at coaxing out his potential, given his forward-thinking nature. 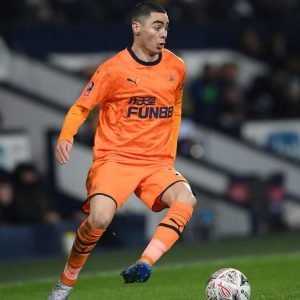 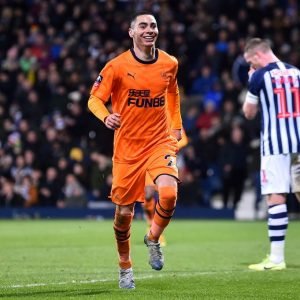