Mikel Arteta should look to build his Arsenal squad around a handful of young players next season, with many senior stars having been tipped to leave the Emirates.

Both Pierre-Emerick Aubameyang and Alexandre Lacazette have uncertain futures with the Gunners, while Arsenal legend Perry Groves has named up to nine players who should face the chop this summer.

According to Groves, who was speaking to talkSPORT about the club’s upcoming summer business, Arsenal should cull much of their senior squad, including; David Luiz, Shkodran Mustafi, Sokratis, Dani Ceballos, Mesut Ozil, Granit Xhaka, Calum Chambers, Mohamed Elneny and Henrikh Mkhitaryan.

This comes off the back of Arsenal being dumped out of the Europa League after conceded a last minute extra time goal against Olympiakos, which will likely see the Gunners miss out on Champions League football once again.

While it seems unlikely that Arsenal could manage to shift all of those players in one single window, with players like Ozil likely to prove difficult to shift on account of his huge wage packet, some of the senior stars could leave the club once the window reopens, and Arsenal should use that opportunity to build from within.

Arteta will likely want to make signings of his own during the close season, but he would be wise to build around the likes of Gabriel Martinelli and Bukayo Saka, who are already here, already performing and could represent a cost-saving method of approach.

Having made 28 appearances this season, Saka has been exclusively used as a left-back in the Premier League since mid-December, showcasing the winger’s versatility. Martinelli, meanwhile, has often shone when presented the opportunity, having scored 10 goals in 25 appearances throughout the campaign.

Arsenal have a strong core group of young players, that also includes Matteo Guendouzi, Eddie Nketiah, Joe Willock and Reiss Nelson, all of whom have had the chance to impress this season and who Arteta should have in mind when exploring the transfer market.

Should Gabriel Martinelli be given a starting berth for Arsenal next season? 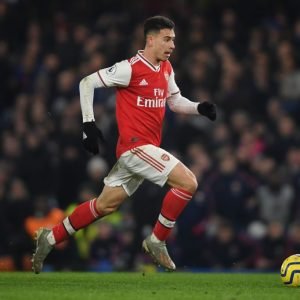 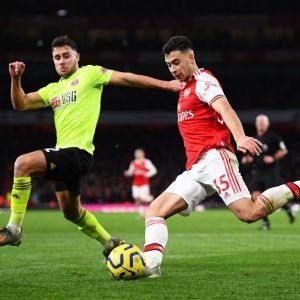