Arsenal failed to score in the 90 minutes proper against the Greek club, with Olympiakos’ 1-0 regular time score taking the game to extra time, after the Gunners had won 1-0 in Athens in the first leg.

For a short while it looked as though Pierre-Emerick Aubameyang had sealed Arsenal’s place in the final 16 in dramatic fashion, scoring a wonderfully executed overhead kick in the 113th minute.

However, a late goal from Youssef El-Arabi saw the Super League side sneak through in the dying minutes, while Aubameyang missed a gilt-edged chance to snatch the game back in Arsenal’s favour with moments remaining.

Taking to social media following the game, a number of Gooners took aim at Arteta, criticising his choice of substitutions as well as his overall managerial ability.

Twitter: @AFTVMedia Should’ve played Auba upfront with Martinelli & Pepe. Lacazette is being shoehorned in because he can’t… https://t.co/d9rOX2t0eg (@Dappacutz)

Twitter: @AFTVMedia Got what you deserved for not starting martinelli iam afraid (@jme23UK)

Twitter: @AFTVMedia This guy came to use us to experiment, we’re in big deep (@Tajbol4splend)

Twitter: @AFTVMedia Arteta’s game management was poor yesterday. He was on the touch line from the first minute and never ur… https://t.co/gEUW63cN6J (@ojo_niyi)

Can Arteta lead Arsenal back into the top six this season? 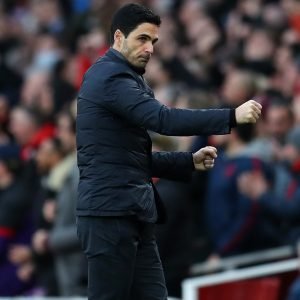 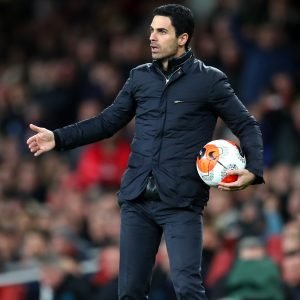