Arsenal are continuing to monitor the progress of RB Salzburg star Dominik Szoboszlai, according to a report from football.london.

The arrival of Arteta at Arsenal has been a positive one for the Gunners, who are unbeaten in their previous ten games under the Spaniard and his focus will very much be on the here and now. Arsenal are still in the Europa League and the FA Cup, sitting just four points behind fifth-placed Manchester United in the Premier League table, and pending the result of Manchester City’s appeal regarding their European ban, fifth-place could be enough to earn a team Champions League place.

However, it makes sense for the club to also be looking at transfer targets for the summer and Szoboszlai looks like he could be a useful addition for the Gunners.

Firstly, his versatility could be a huge positive for Arteta, who could deploy the Hungarian on either flank or as a central midfielder, as he’s played in all three positions for Salzburg this season.

Szoboszlai could also help the Gunners in terms of goals from midfield. Whilst the likes of Pierre-Emerick Aubameyang (19), Gabriel Martinelli (10), Alexandre Lacazette (8) and Nicolas Pepe (6) have all found the back of the net fairly often, Arsenal haven’t had much in terms of midfield goals, with Joe Willock (4) the only Gunners’ midfielder to have more than two goals to his name his season.

Szoboszlai’s goalscoring record at Salzburg isn’t exactly prolific, he’s scored nine times in 46 games for the Austrian giants, roughly a goal every five games, but if he could replicate that at Arsenal, it’d be a boost for Arteta.

As well as his goals, Szoboszlai has also had 11 assists in his 46 games for Salzburg and with the likes of Aubameyang and Lacazette ahead of him, he could be the man to provide service to Arsenal’s dangerous forwards.

Football.london report that Inter Milan, Juventus and Lazio are all keeping tabs on the Hungarian star, which might mean Arsenal face a battle for his signature if they do decide to make a move.

However, given the numbers he’s produced at such a young age, we think that Arsenal should be looking to get a deal done for Szoboszlai, as it looks like he’s a player with plenty to offer in the present and potentially in the future too. 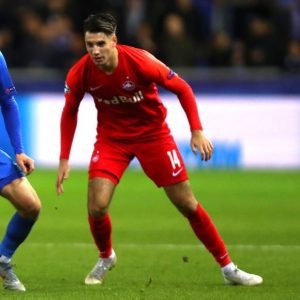 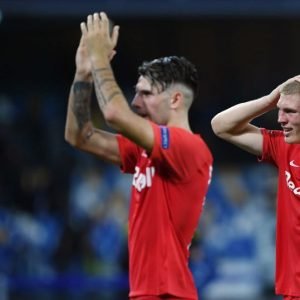