Arsenal manager Mikel Arteta has revealed that he wants to do as much as he possibly can to keep Pierre-Emerick Aubameyang at the club beyond the summer.

Speaking to Sky Sports after the win against Everton, as cited on social media by @Gunnersc0m, the Spaniard revealed that he values the forward very much at Arsenal and wants him to remain at the club next season.

Aubameyang has been linked with a move away from the club, especially with his contract at the Gunners up next summer.

Real Madrid were previously linked with a move for the striker, with a potential swap deal involving Luka Jovic on the cards between the two clubs.

🗣”He’s our most important player, as much as I can and the club can we wil… https://t.co/wpIz1Ggat5 (@Gunnersc0m)

Several Arsenal fans took to Twitter to air their views on whether or not Aubameyang should stay at the club after the end of the season.

Many believe that Aubameyang should stay, despite the concerns about his future at the club.

Twitter: RT @afcevan: Trap Aubameyang in the dressing room and don’t let him leave until he’s signed a new deal. Love him to pieces man, he’s an inc… (@anyangu_vincent)

Twitter: We will see just how much ambition the board have this summer, signing Aubameyang to a new contract is crucial, if… https://t.co/mTxs1RQfct (@MrDtAFC)

Twitter: Aubameyang will probably sign a new contract, Lacazette will be sold and AMN will replace ceballos in the midfield (@okeyyychukwu) 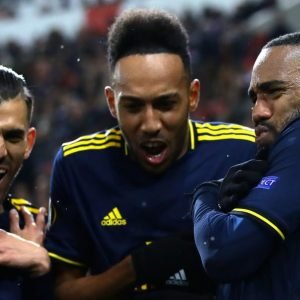 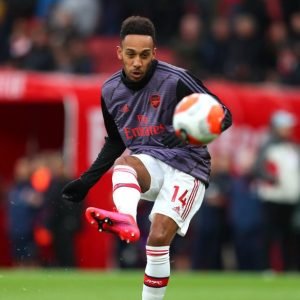