It was reported by the BBC earlier this week that Pablo Mari was close to joining Arsenal and now, the club have confirmed the deal on their official Twitter account.

Welcome to London. Welcome to Arsenal.@PabloMV5 is coming to the capital! 👋 pic.twitter.com/X07dtNeG5Y

Sky Sports report that the 26-year-old defender will join the club on an initial loan deal with the Gunners having an option to purchase the defender from on a permanent deal from Flamengo.

Mari had already flown to England once, where he was captured on film arriving at Heathrow airport with Edu, but the BBC report that Flamengo pulled the plug on the initial move.

However, the two clubs have now come to an agreement on a deal that will take the Spaniard to the Emirates, where he will work under the guidance of fellow countryman Mikel Arteta, who he may know well as Arteta was part of the Manchester City coaching staff when Mari was on their books.

These Arsenal fans took to Twitter to share their joy at the news of Mari’s signing and to welcome him to the Emirates.

Welcome to the biggest club in London

Welcome Pablo Mari!! WE HAVE A NEW CB!!!

Welcome to the best and most successful club in London Pablo

We welcome a winner pic.twitter.com/ZGGPCQ8oXD

Do you think Pablo Mari will be a success at Arsenal? 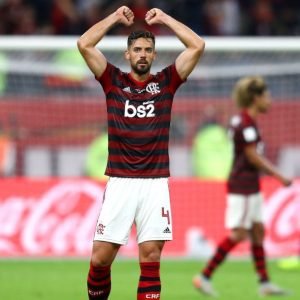 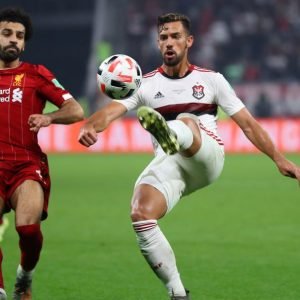