It has been suggested in the media that Portuguese manager Paulo Sousa is a surprise candidate for the Arsenal job.

The former Juventus and Dortmund midfielder spent the first few years of his club managerial career in England with stints at QPR, Swansea and finally Leicester, the latter of which he only spent three months with before being sacked by the Foxes.

His current side Bordeaux are sat in 5th place in Ligue 1, and The Mirror reports that Sousa is fully focused on maintaining that form, pouring cold water on Arsenal speculation by saying:

I’m fine here, focused on everything I can control.

It’s me who makes the decision, not my agent. I’m trying to have a great marriage with this club. It’s not a question of being impatient.

It has been speculated that Sousa has been linked with the exit due to the club’s ownership issues, with the situation proving stressful for all involved. Sousa has though urged his bosses to fix as soon as possible, saying:

Each player, each coach, needs to see the situation at the club resolves as soon as possible.

I don’t know what will happen tomorrow. Tomorrow, the owner could take another decision. It doesn’t depend on me. That most important thing for the club is that the situation is resolved as quickly as possible for stability.

The Arsenal job is highly sought after, and with names such as Roberto Martinez and Carlo Ancelotti being spoken about, Sousa has came a long way from his last tenure in the country in which he only spent 12 games at Leicester City.

Playing it down at this stage is probably the best way to go about it. Sousa isn’t a manager who has won a lot of things and he doesn’t fit the profile Emery showcased when being touted for the job.

He’s not going to make Arsenal fans jump out of their seats should he be hired, and he’s currently doing a decent job in France.

Such a left-field move at this stage of the season would be a little crazy for both clubs and the manager himself.

Would you gamble with a manager like Sousa at this stage of the season? 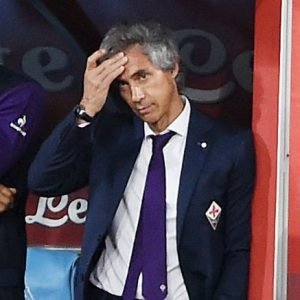