Arsenal fans have called on their club to sign Thiago from Bayern Munich, amid suggestions the Spaniard could be sold.

According to Bild, a number of big-names stars could be moved on by the German heavyweights, with Thiago’s place in the squad reportedly at risk.

The former Barcelona man has been heavily linked with moves away from the German side in recent years and after struggling with injuries, he could now finally leave the club. These Arsenal fans on social media have told the Gunners exactly what to do.

Twitter: According to @BILD Thiago will be sold by Bayern. We MUST be in for him. Would make such a difference in transition… https://t.co/xdstaIRv2q (@AFCUMD1)

Despite only making nine league starts this season, Thiago has been as impressive as ever in the Bundesliga.

It does come as a surprise to see him linked with moves away from Bayern and if he were to leave, you can’t imagine he would be short of suitors across Europe either.

Thiago’s former side Barcelona have previously been linked with a move to re-sign the Spaniard, while Man City were believed to once be admirers too.

A midfielder of his ilk is something Arsenal have lacked since Santi Cazorla left the club. While of course, he would be a fantastic addition, you have to wonder if Arsenal could beat off the level of competition that there would be for the player, should he become available. 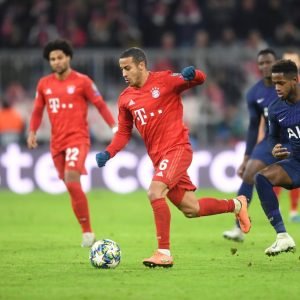 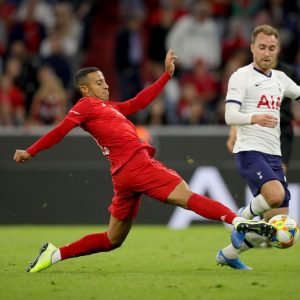